How social advertising has evolved in a decade

As we march on into the 2020s, it’s a great time to look back at just how far we have come in a decade of social advertising, along with the trends and technology that have brought us to where we are today.

To get started—and as a reminder of just how much things have evolved in a decade—here’s a quick video visualization of the evolution in the popularity of different social networks across the 2010s:

Here’s a quick snapshot of where we were a decade ago, in 2010: Facebook had already supported ads for 4 years, but Twitter was just launching its first ads. LinkedIn had started offering advertising 5 years previous, but wouldn’t launch Sponsored Content—their most popular ad format—until 2013. And, here at Paragone, we were just getting started. 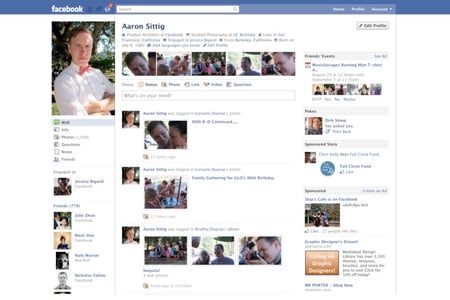 Other networks started introducing advertising a little later into the decade. Ads launched beginning in 2013 for both Instagram and Pinterest, and in 2014 for Snapchat (which, as a reminder, didn’t even exist at the start of the decade, being released in 2011).

One of the defining elements of social media—and one of the things that has made it truly revolutionary for advertisers—is the sheer quantities of data that travel through these networks. All of that data delivers more granular information about consumers to advertisers than was ever possible before. In the past decade, social networks have become experts at harnessing that data to deliver sophisticated targeting capabilities to the brands running ads on their networks. In 2010 on Facebook, targeting was limited to gender, age, location and preferences like favorite movies and activities. Today, targeting options have expanded to include all kinds of other information, like education, job title, the people someone is connected to, behaviors like device usage or prior purchases, not to mention custom audiences. 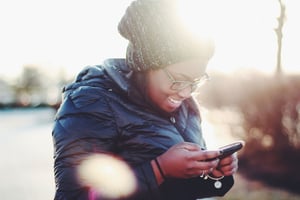 The rate of smartphone use has skyrocketed over the past decade. In 2010, about 62 million Americans had a smartphone. Today, that number is around 266 million. The increase in smartphone ownership has in turn had huge implications for social media usage—networks like Snapchat and Instagram were built specifically for mobile—and has changed the way businesses are able to advertise on social. The location data provided by smartphones, for example, is precious for ad targeting. On a network like Snapchat, precise location data lets advertisers target users as close as 100 meters from a given location.

Smartphones have also driven the development of new sharing formats, like Stories, created specifically for a mobile world. The vertical format was designed to suit the way people use their smartphones today. This in turn has broadened the advertising possibilities for brands. 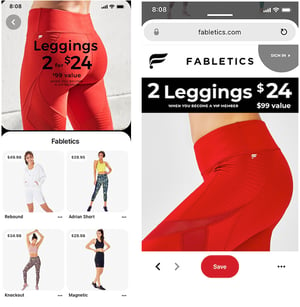 If social networks began as platforms to share photos, memories, and moments with friends, that original role has been greatly expanded upon over the decade. Many social networks have become places where people discover and shop for products, facilitated by features introduced during the 2010s. Facebook Marketplace launched in 2016, and Instagram introduced shoppable product tags that same year. On Pinterest, Shop the Look launched in 2017. In the last few years of the decade, social shopping has only continued to gain momentum, with social commerce features being opened to brands as ad formats. All of this has been part of a huge increase in online shopping overall. In 2010, worldwide e-commerce sales were $572 billion. By 2019, that amount has increased by 504 percent, to $3.46 trillion.

And the statistics really speak to how consequential social networks are for shopping today. On Instagram, for example, 80% of users use the network to help research products and services, and 46% of users report making a purchase online or in-store after seeing a product or service on Instagram. 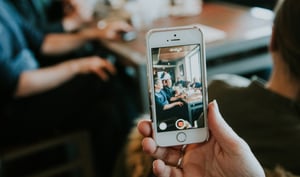 There has been a huge surge in video content on social networks over the last decade. Instagram first introduced video as a sharing format in 2013. Facebook Live launched in 2015. And on networks like Facebook, the algorithm has shifted to favor video content. Social video content, and especially video ads, has proven a great tool for brands. With video, businesses are able to really make their products come alive and drive sales. On Instagram, for example, 42% of Millennials report that an Instagram video ad has driven a purchase.

It’s always difficult to know exactly where technology is headed, especially in the fast-moving world of social. Still, we can reasonably guess at some of the evolutions we’re likely to see. Here are some of the social ads trends to pay attention to early in this new decade.

As we mention above, the development of social commerce features has been a big focus for several networks. We only expect the pace of social commerce to increase. We’ve written about it here on the blog before: social shopping fits neatly with the way people browse and shop today. Enabling people to shop directly on social also promises to deliver even better ad targeting to social networks.

Augmented and virtual reality features have been a part of social networks for some years now: Snapchat introduced AR lenses back in 2015. But AR features have expanded across networks, with Facebook and Instagram now letting you try on things like makeup and accessories without ever leaving your couch. Facebook also lets brands use augmented reality to advertise their products. At the same time, Facebook is also investing heavily in virtual reality through Oculus. These technologies will become an increasingly essential part of the shopping experience in the years to come. 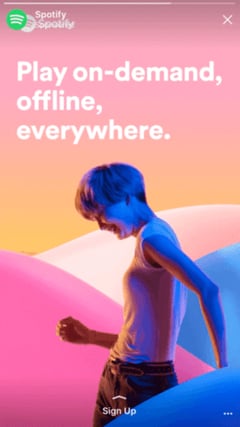 Stories as a sharing format have really taken off over the last few years. Originally introduced by Snapchat, Stories have gained enormous popularity on Instagram and Facebook, and Stories ads have proved an effective way for brands to reach and engage with users. On Instagram, 20% of total ad spend goes towards Stories, and because of their popularity, the network has been experimenting with increased ad load in Stories. Given their popularity and effectiveness, we can expect Stories to continue growing into the new decade.

This is a trend we’ve seen develop and evolve considerably in the last few years, particularly on Instagram. In response to the popularity of influencer marketing, Instagram continues to introduce features to help brands. As for the marketers themselves, 63% of them intend to increase their influencer marketing budget in the next year. 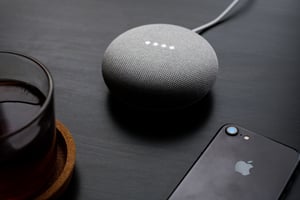 We’ve written about how voice technology is changing advertising. Now, apps like Pandora have introduced interactive voice ads that prompt listeners to respond. As voice technology becomes more widespread, more voice advertising options are sure to follow. This will be an exciting new way for brands to reach customers in the 2020s.

Innovating into 2020 and beyond

Here at Paragone, we’re excited about what the next decade has in store. We are busy innovating today to help businesses better run and manage their online ads now and into the future. Curious to know what we can do for your business? Get in touch to request a demo!

Keep up with
the latest in online advertising!

Kat is the Content Marketing Manager here at Paragone. She keeps her finger on the pulse to bring our readers the latest news about our platform’s solutions and online ad tech.