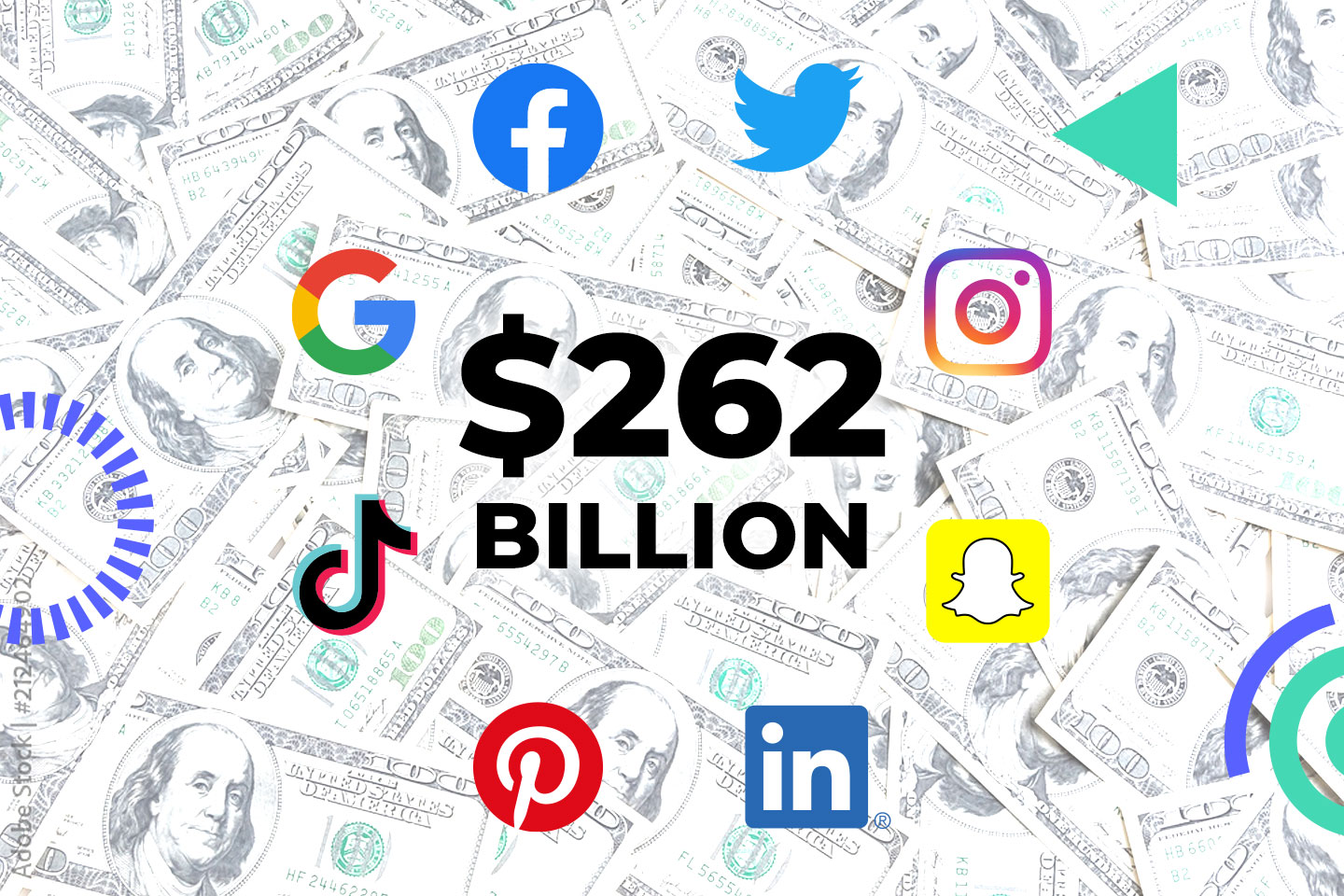 What’s the best place to advertise on social media? How do you ensure the right mix of platforms? And how do you turn social media engagement into sales? With advertisers predicted to spend $262 billion on social advertising by 2028, it’s more important than ever for brands to pick the right strategy for investing their ad spend on social.

Social media platforms took in an estimated $103 billion in advertising in 2020. But that’s nothing – the figure is set to more than double to over $262 billion by 2028. That’s according to a new report from market research and consulting company Million Insights. MI says social spending by brands and marketers will grow 12.4% each year, on average, with increased social media spend driven by the rising number of social media users across the globe, especially in core, younger demographics.

Breaking that down into regions and demographics, North American advertisers will continue to outspend the rest of the world on social, maintaining around a 30% share of the ad-spend. The report adds that US shoppers tend to be highly loyal to brands they interact with on social.

That said, Asian ad spending on social will grow the fastest between now and 2028, according to Million Insights, rising around 13% each year, due to greater social penetration and spending in China, India and other emerging eccomomies.
Looking at verticals, the retail sector spends the most on digital ads – currently around $35 billion in the US alone – with automotive, financial and telecoms the other three massive spenders. In Asia Pacific, retail and automotive also dominate digital ad spends, with social media predicted to see major growth in particular from fast-moving consumer good and fashion.

Is there really this much room for growth in social media users? It seems there is. There remain massive untapped markets in the developing world that will drive adoption numbers as mobile internet speeds and costs continue to fall in the developing economies. The report also cites technological developments in virtual reality (VR), augmented reality (AR), and artificial intelligence (AI) as having a major impact on customized advertising content and thus leading to significant market growth.

So what does this mean for you? This growth in ad spend will make it harder for brands and agencies to cut through the noise and stand out on social, with strong demand set to drive up the cost of serving ads to your target users. Agencies and brands will have to figure out the best mix of channels and creative executions to serve, and closely analyze performance data in order to land on right strategy to achieve their campaign objectives.

Paragone is currently used by hundreds of the largest social media advertisers in the world. Why? Because it’s the solution that gives you actionable insights on the performance of your social media ads across every major platform, including TikTok, LinkedIn, Snapchat, and Twitter, as well as Facebook and Instagram. As the social media space becomes more competitive for advertisers, having the right marketing analytics software at your fingertips will make the difference between a winning campaign strategy and wasting budget serving the wrong ads to the wrong people on the wrong platform, whether you’re selling direct to consumers, brand building, or your campaign aims to generate demand and leads in the B2B space.

Get the insights to win on social.

Paragone is a one of a kind solution that presents apples-to-apples data on how users are responding to your ads across social platforms, allowing you to take action instantly, shifting paid budget to winning assets and boosting spend where needed to capture your targets.

Paragone also works with Google Attribution to help you see which ads customers saw before they clicked buy, or signed up for your service. It includes a powerful creative analysis function, which delivers insights on which creative executions are driving conversions, allowing you to tweak campaigns and creative to find the ones that work best. All these insights are presented in customizable dashboards, allowing your team to compile relevant reports in a few clicks, without ever having to touch a spreadsheet.

SEE OUR SOLUTION IN ACTION →

Receive a summary of our new articles once a week